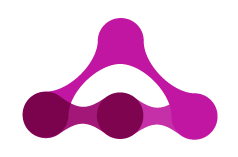 Scott Leslie has been recognised as one of Adelaide’s top podiatrists, and he joins the Connect Healthcare team with over 20 years experience treating people with foot and ankle conditions. His areas of clinical interest include lower limb biomechanics, sports injuries and rehabilitation.

Scott qualified as a podiatrist at the Queensland University of Technology where he graduated with a Bachelor of Applied Science (Podiatry). He then began his career in Tasmania, where he worked in private practice and became a director of a clinic in Devonport. Whilst there, he was highly active with both the Tasmanian Podiatry Association and Australian Podiatry Association, and served as President of both boards during his time there.

Upon his move to Adelaide in 2009, Scott completed further knowledge and training in the fields of dry needling and foot mobilisation. He has consistently been involved in private practice and is delighted to bring his experience to the Connect Healthcare team. Scott has developed a passion for assisting people with short and long term injuries that impede their chosen activities.